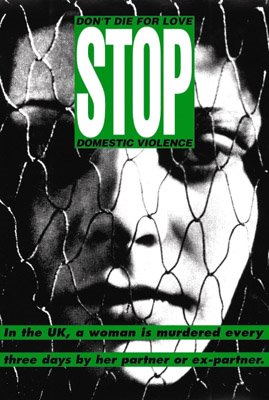 Image: Poster by Barbara Kruger for the exhibition 'Stop violence against women!' 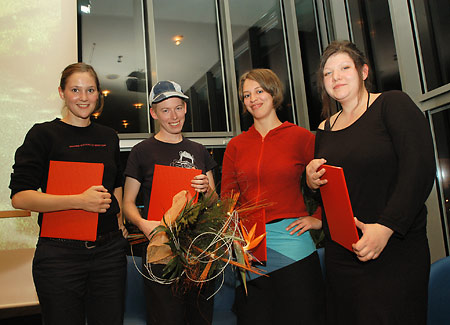 cym has won the Marianne.von.Willemer.06 Women.NetArt.Award for her project 'No Men's Land'.

The awards were handed over by the mayor of Linz in the Ars Electronica Center in Linz on October 12, 2006. Photo by linz.at. 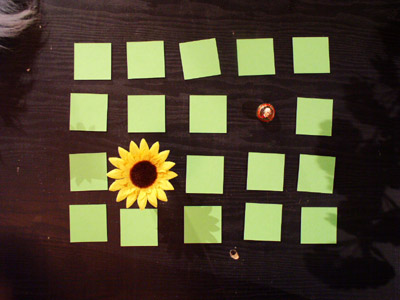 cym joined the 'Magic Garden Salon TV' by ltnc on Sunday (October 8) in Kiberpipa (Cyberpipe) in Ljubljana, Slovenia. It was a lot of fun to watch and join these women making their one-hour television program! Photos are at: http://cym.at/2006/10/08/

You can read more about ltnc on their website: http://ltnc.mur.at/. 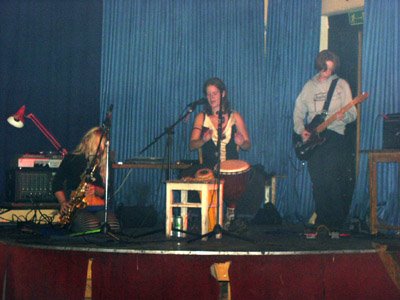 Ursprung, cym and bezzo are playing live in Gromka tonight, about an hour before Bonfire Madigan will play in the Menza (in the building next to Gromka).

The exhibition 'Cym and Oskar in Prague' can be seen until the end of October 2006,
in the cafe/bar 'Ubdull Ibn Carculcah'. http://www.carculcah.net/

This photo was taken by cym during the opening of the exhibition, Saturday, September 30, 2006