Oskar and cym in Prague 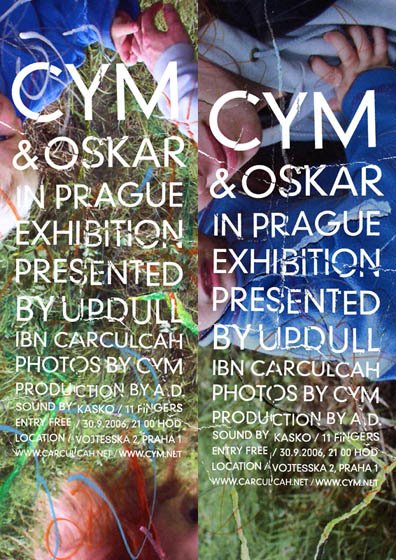 Presentation of 12 images created by cym plus videos and DJ at Updull Ibn Carculcah psychedelic club in Prague, Czech Republic.

Flyer and poster made by Brano Matis 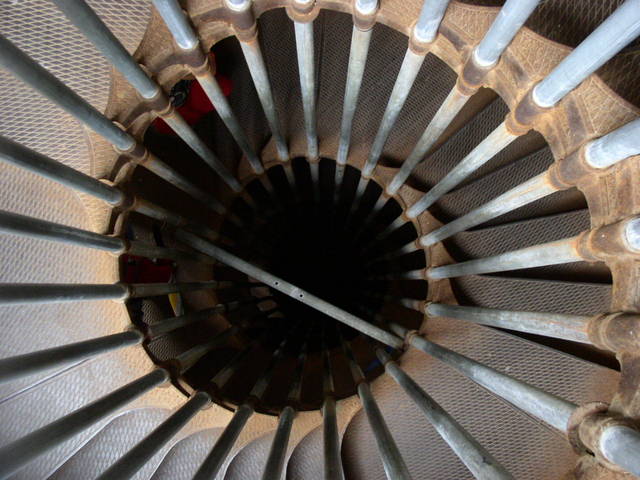 Exploring the castle on the top of the hill in Ljubljana, Slovenia. 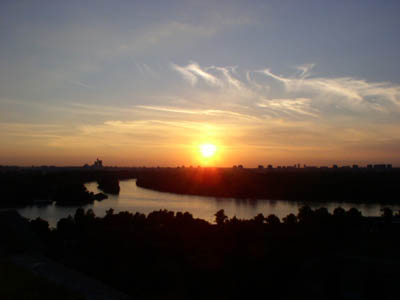 The last evening in Belgrade. Sunset over river Sava and river Danube.
Photo taken by cym from the Kalemegdan Park in the center of Belgrade on September 01, 2006.

At the same time during my stay in Belgrade the Festival of the Trumpet was taking place in Guča, about 3 hours drive south of Belgrade. The only free day I had to go there it was raining so much that it was no use driving all the way down there. So no photos here from this famous trumpet festival. But you can get some impressions at http://www.guca.co.yu/ 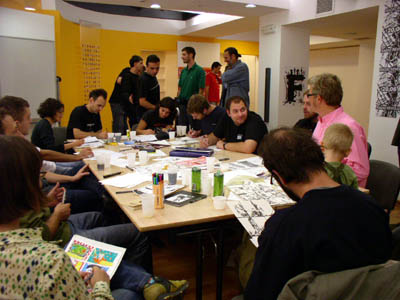 Comics workshop by Remi Malengre at the French Cultural Center in Belgrade, August 31 and September 1, 2006